The Most Successful College Dropouts In History

Successful Entrepreneurs Who Dropped Out of School

Several years ago (2009) we published a blog post about the most successful college dropouts in history. There are many young entrepreneur dropouts, and I’m one of them. To celebrate us dropouts I compiled a list updated for 2015 with the top entrepreneurs who dropped out of college and still managed to crush it in business.

Here are some notable takeaways from our dropouts:

Top 30 College Drop Outs Who Made It Big in Business Henry Ford dropped out at 16 and later founded Ford Motor Company in 1903. By 1908 he dropped the famous Model T and the assembly line, which has affected all of our lives, literally shaping the world. If he was still alive today, he’d be worth $199 Billion. Gates attended Harvard in the fall of 1973, only to drop out two years later to found Microsoft with childhood buddy Paul Allen. In 2007, he ended up receiving an honorary degree from Harvard. Surely you’ve heard of Mark Zuckerberg. If not, he’s the guy who founded the second highest traffic website in the world, Facebook. Remember the hoodie he wore to all of his press conferences and public events? At 27, Ortega founded his own company, producing quality yet affordable garments, and in 1975, he opened his first retail store, Zara. Ortega is now the richest man in Spain. Larry Ellison is a serial entrepreneur, programmer and philanthropist who made a good chunk of his billions via the multinational tech corp, Oracle. Oh yea, he also own an island in Hawaii named, “Larry Ellison Island.” While you may not know his face, you may have partied at one of his Vegas establishments for your 21st. Aside from Sheldon Adelson being a casino tycoon, he also owns the Israeli Daily newspaper and dabbles in politics. Larry page is known for co-founding a little site called Google. He technically graduated from University of Michigan but later dropped out of his PhD. program which why he’s on the list. Michael Dell truly caught the entrepreneurial bug in college. Selling upgrade mods for personal computers from his dorm, ultimately led to him getting a license from the State of Texas to bid on (large) contracts. The rest is history. This Microsoft co-founder is a sports fanatic, owning the Seattle Seahawks, and the NBA’s Portland Trailblazer’s. He’s known for having fun with his cash thanks to ridiculous toys ranging from submarines to 400ft yachts. Mr. Premji has been at the helm of Wipro Limited for four decades. In that time he’s grown them into one of the Indian leaders in the software industry. Kirk Kerkorian is known as the “father of the megaresort” and has helped develop, shape and grow Las Vegas. An 8th grade dropout, Kirk is a former boxer, WWII fighter pilot and CEO of the successful investment firm Tracinda. 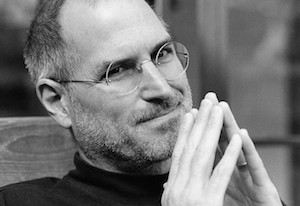 Jobs dropped out of college after one semester and recycled cans and bottles to make ends meet. A vegetarian Buddhist who frequently experimented with LSD, Jobs has been hailed as the Ford and Edison of our Time. Over the years Lex has built up some of the most famous brands in the world, including Abercrombie & Fitch, Lane Bryant, Limited Too and Express. Btw, he’s the shot caller aka current owner of Victoria Secret. Koum made $6.8 billion when Facebook acquired his mobile messaging startup WhatsApp for $19 billion. He had originally dropped out of school to Yahoo, where he oversaw security and infrastructure for the internet giant. This billionaire fashion mogul studied business for 2 years before dropping out. In 1967, after leaving his clerk position at Brooks Brothers, Lauren sold $500,000 worth of ties. He started Polo the next year. Walt Disney dropped out of at 16 and founded Walt Disney; a company which now has an annual revenue of about $30 billion. He’s regarded as the most influential animator ever. Billionaire founder of Hobby Lobby, religious philanthropist. Did not attend college. Started the Hobby Lobby chain with a $600 loan. ironically he dropped out to start a youth magazine called “Student.” After he moved to London in the 60s, he developed a “mail-order” record company to fund his magazine, named Virgin. Branson’s empire includes an airline, drinks manufacturer and over 400 other ventures. Dr Chandra who is referred to as the Media Moghul of India, changed the television industry by launching the country’s first satellite Hindi channel in 1992. The Zee Network now has over 500 million viewers in 167 countries. Saban made it big as the producer of the Mighty Morphin Power Rangers TV show in the early 90s. And later sold Fox Family to Disney for $5 Billion and made $1.7 Billion on the deal. He’s the co-founder of the infamous music sharing service Napster, which changed the music industry forever. He later served as Facebook’s first president owning 28.2% of B shares.
&nbsp Williams is one of the co-founders of Twitter and the founder of Square, and before each of the aforementioned companies he co-founded the successful podcasting company Odeo.
&nbsp Dorsey, who is now on the board of Disney, is one of the founding members of Twitter, and founder and CEO of Square. He’s often referred to as the “cool” guy in tech. Yamauchi dropped out to take over the company his grandfather started in 1889, maintaining his role as the third president of Nintendo for 55 years, taking them from small card company to video game powerhouse. Newell co-founded Valve Corporation, a company famous for the sci-fi video game, Half Life. Newell claims to be “producer of the first three releases of Windows.” Like Zuckerberg and Gates, he was also a Harvard dropout. The Nigerian born billionaire and war survivor, made his billions in television and media after being expelled from University for leading student riots and taking a $35 loan from his mother.

We Can’t Gauge Our Success Based on Grades

Not having a college degree will be a hindrance to some avenues of success, but not all.  It does tend to make it harder to get a job with big companies (in particular) or with companies that are founded by individuals who place great value on academic degrees. These types of people are increasingly less common, especially in tech, as you’ll notice from this list, but there’s still a lot of them.

Of the 30 names on this list, 25 are self made. And of the 25 that are self made, 10 made their billions in the last 10 years in the tech space. What’s also interesting, is that the combined total of employees that these dropouts employ is well over 1 million. And of this number of employees, a vast number of them have college degrees. Ironic, no?

Interesting and inspiring selection I think you will agree. Not all are complete dropouts – some actually have pretty impressive academic achievements to their name but alas the call of their Entrepreneurial Ventures took them to leave those studies and instead go on to create considerable wealth plus businesses that in some case have touched Billions of people.

One entrepreneur who in particular impressed me was Michael Dell – who started a computer company called PCs Limited while attending the University of Texas in Austin. It became so successful that Dell dropped out of school to operate it, and the company eventually became Dell, Inc, with revenues of $56.94 billion in 2013. In 2006, Dell and his wife gave a $50 million grant to the University which he attended but never graduated from.

And the Most Notable Young Entrepreneurs Of Recent Times?

Well it is Mark Zuckerberg of course.

Facebook Founder, Mark Zuckerberg has an estimated net worth of nearly $34 billion and believed by some to be the wealthiest man younger than 35 in the USA. Mark Zuckerberg, like Bill Gates, is a Harvard dropout.

After launching Facebook school-wide from his dorm room at Harvard in February 2004, Zuckerberg began devoting more and more time to his program, gradually spreading it to other schools. By that summer, Zuckerberg and his roommate Dustin Moskovitz had released Facebook to nearly 30 schools, and the website was growing too popular to be run part-time.

We recently received an email from a mother concerned not only with the happiness and motivation of her son, but the type of ‘formal’ education he was receiving. She felt her child needed to be inspired and found a similar retireat21.com article to be just that. Even if this list makes a difference to one life, it’s worth doing.